As my brush collection now occupies three drawers, I thought it was time to get off my ass and review my lone Tom Ford Brush; the 13 Eyeshadow Blend Brush.

The Tom Ford 13 Blend is a narrow, rounded crease brush made entirely of goat hair. Densely packed, it offers fantastic resistance (nevar floppy) and the size slash shape make it ideal for both depositing crease colour and blending it out. I’d go as far as saying that the 13 Blend is my densest crease brush and not for the heavy handed but with a light hand, you can create some awesome placements.

Due to the density, this is not a one man show; I frequently go back with a sparser brush to diffuse the edges as the TF 13 moves eyeshadow so well that a smokey eye transforms into a massive black haze rather quickly. Admittedly, a well blended haze but just a wider placement than I intended.

Let’s tackle the price debate right away. The TF 13 brush retails at USD55, so a small fortune to say the least. You may have also heard the rumours that Tom Ford brushes are manufactured by Hakuhodo, so why pay triple the price for the Tom Ford equivalent? It’s the same Bourjois versus Chanel blush song and dance, despite being made in the same factory, they are not identical. I’m not suggesting that the Tom Ford 13 is better than my Hakuhodo’s but the assumption that one factory only creates perfect substitutes is a bit absurd; the machinery that makes my chocolate also processes peanuts but I don’t want peanuts, I want chocolate? I don’t even like peanuts.

So how does it compare to Hakuhodo and co?

The Tom Ford 13 hairs are a bit longer than the typical crease brush but the gentle taper paired with the resistance means it’s not fluffing all over your lid. Top down it looks very similar to the Hakuhodo J5523 and J142 butttt…

The TF 13 ferrule is perfectly round, creating a circular footprint that’s a similar size to the oval footprint of J5523. Compared to the J142, the TF 13 has a smaller surface area of contact and appears denser, if you look closely. So no, I didn’t have a Hakuhodo dupe or even a close alternative (well they’re all crease brushes but y’know).

Since every makeup addict and their dog owns the MAC 217, here is a size/shape/quality comparison.

I swear I look after that 217 as if it were a delicate flower- just LOOK at it. Ahem, so the TF13 has longer fibres and is rounded as opposed to flat. It is also more tapered, resulting in better precision. Quality wise, it’s chalk and cheese- TF 13 washes well, never sheds and never frays (my camera picks up a few flyaway hairs that not even my eyes can detect).

So it’s the brush from heaven? Not exactly, I have one complaint: The TF 13 isn’t superrr soft. Perhaps I’m spoilt by SUQQU brushes or perhaps the density throws me off but regardless, it simply doesn’t feel as soft on the skin as my Hakuhodo crease brushes. Not scratchy in the slightest but if you’re accustomed to SUQQU-bunny-softness, you’ll know what I mean.

Overall, Tom Ford Eyeshadow Blend 13 is ideal for those who like a dense crease brush, those who like to experiment with eyeshadow shapes and enthusiasts with some cash to blow. Give it a miss if you prefer a super soft crease or you have a notoriously heavy hand. Personally, I tend to reach for the Hakuhodo J5523 over the Tom Ford 13, unless I’m going for a more graphic placement.

Do you own any Tom Ford brushes? What is your verdict? 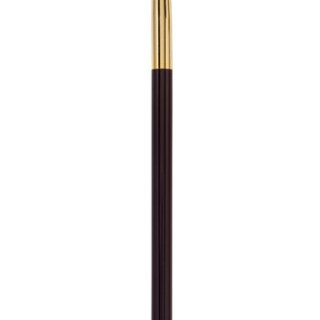 Tom Ford
Blend Brush
Get this from Nordstrom
* Denotes products sent for consideration. I’m always honest with my reviews :)